Sammy’s Woodfired Pizza opened its doors in 1989, in La Jolla, California. Sammy’s was the 1st restaurant concept in San Diego to introduce the woodfired oven to its guests.

Since then, multiple locations of the well-respected Sammy’s restaurants have opened throughout California and Nevada.

Be the first to know about upcoming events and receive a free pizza on your next visit!* 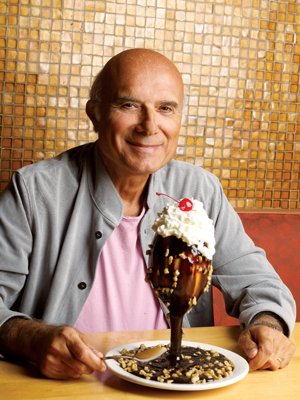 Following a passion and natural aptitude for the hospitality industry, Sami Ladeki attended the College of Hotel and Restaurant Management near Munich, Germany. After graduation, he spent a year at London’s Westbury Hotel and was then recruited by the Sonesta resort chain, which assigned him to the Royal Sonesta Hotel in New Orleans’ French Quarter. After nearly a decade of management service at the 500-room property, Ladeki joined Caesars Palace in Las Vegas to work as Food & Beverage Manager. After Las Vegas, he subsequently took on those responsibilities at the world-renowned Princess Hotel in Bermuda.


In 1983, Ladeki opened La Cave de Rois, an upscale restaurant and nightclub in Houston, a hit among the fashionable elite. From Houston, Ladeki’s career took him to Atlanta as Food & Beverage manager for the Renaissance Hotel, followed by Stouffer Hotel in Los Angeles. After falling in love with San Diego on several visits, Ladeki was destined to make his mark in Southern California, particularly the ocean-side community of La Jolla. In 1989, the enterprising hospitality specialist opened his first Sammy’s Woodfired Pizza in La Jolla, introducing San Diegans to the joy of pizza cooked in a wood-burning oven. The concept was an instant success and Sammy’s continues to grow throughout California and Nevada. In the mid-90s, Ladeki opened two Sammy’s outlets in Tokyo, a decision that contributed to his interest in the Pacific Rim cuisine he would debut at his Roppongi concept several years later.

The remarkable growth of Sammy’s Woodfired Pizza gave the innovative restaurateur an opportunity to open several fine dining concepts within his company, the Ladeki Restaurant Group. In 1998, Ladeki opened Roppongi Restaurant & Sushi Bar in La Jolla, Calif. featuring Asian Fusion cuisine, and it quickly became a hot spot with both the public and critics.

Ladeki is a prominent businessman and philanthropic leader in the greater San Diego area and a recipient of the prestigious Headliner Award, presented by the San Diego Press Club for recognition of outstanding achievement in the community. The dynamic entrepreneur is not resting on his laurels though. Instead, he is constantly redesigning restaurants, developing new menus and exploring inventive concepts.

“Food is like fashion,” the legendary restaurateur asserts. “You shouldn’t sit still or you might find yourself out of style.”

Sammy’s is proud to support our local communities through various events and fundraisers. If you are interested in hosting a Sammy’s Night Fundraiser please contact your local Sammy’s for more information.